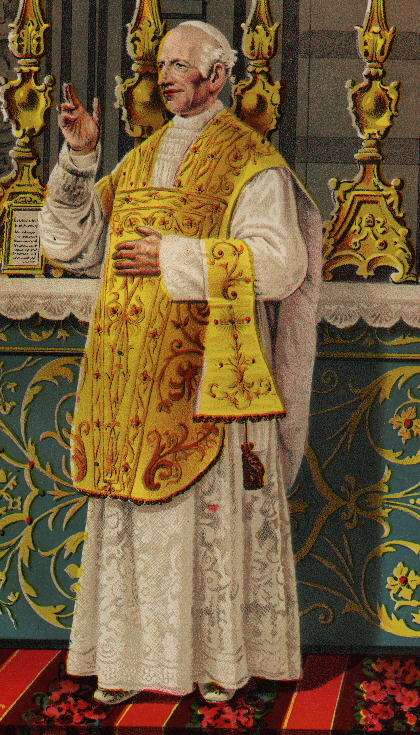 THE TRADITIONAL LATIN MASS has for centuries been celebrated in this way throughout the world.

• PRESERVATION of the ancient Roman rite of Mass in the form in which it has been celebrated for centuries throughout the world.

• RESPECT for the Church’s sacred traditions as a vital link with the traditional Faith regarding the nature of the Mass, and as a secure anchor and guarantee that we do not drift away from that Faith.

• NO COMPROMISE with the spirit of the world or adaptation of the Mass to the lifestyle of our desacralised age.

• RESTORATION of a sacred atmosphere where God comes first and in which we give Him the worship that is due to Him.

• PROMOTION of the use of Latin, the Church’s own language, in her worship, teaching and administration.

• PROTECTION of our altars from destruction and our sanctuaries from being re-ordered, none of which was authorised by the Second Vatican Council.

THE NEED FOR REVERENCE

• a chance to participate in the Holy Sacrifice in the way of our ancestors in the Faith?

• a sense of awe and mystery in worship?

The traditional Latin Mass is now the only form of Mass available to us in which all these qualities abound, and where every word spoken, every gesture performed by the priest as he offers the Divine Victim to the Heavenly Father is perfectly attuned to this supreme act of worship.

According to Christian Tradition, reverence is fundamental to worship as it increases a sense of the sacred and allows us to ‘see’ the eternal and the supernatural. Cardinal Newman said that anyone who does not fear and revere has not known the reality of God. It is also true that reverence for the traditional form of worship and fear of abandoning it are fundamental to the continuity of the Faith. “Lex orandi, lex credendi” (As we believe, so we pray) sums up the Church’s centuries-old wisdom. This is the tried and tested method which has inspired countless saints and martyrs, fostered devotion to the Mass among successive generations of the faithful, increased vocations to the priesthood religious life, and attract converts.

HOW DO I RECOGNISE THE TRADITIONAL ROMAN RITE OF MASS?

The great majority of Catholics today would not even recognise, still less know how to participate in, the Mass of the Roman rite as it was celebrated for centuries all over the world. Many have simply forgotten it, and if brought face to face with the Mass of their childhood would look with uncomprehending eyes at the celebration of mysteries which have slipped from their consciousness. Even larger numbers of Catholics have never heard of the following basic tenets of the Catholic faith with which devout people of all times, including children, were familiar and which are conspicuously evident in the prayers and rubrics of the traditional Roman Mass.

From the moment the priest enters the sanctuary, correctly vested to celebrate Mass, and declares his intention to offer sacrifice with the immortal words Introibo ad altare Dei (‘I will go unto the altar of God’), you know you are present at one of the oldest and most venerable rites of Mass in the Catholic Church.

In the old rite the Church sets forth in a fully explicit way her doctrine of the Communion of Saints by which we are united in a bond of fellowship with all the faithful living and dead. The doctrine of the intercession of Our Lady and the Saints whose merits can win grace for our souls is given frequent prominence in the Ordinary and the Propers of the traditional Latin Mass.

The Offertory prayers are now unique in the Church for their doctrinal richness and the outstanding beauty of their composition. They speak with immense veneration of the bread and wine even before Consecration, using expressly sacrificial terminology of great rhetorical beauty. This is an important spiritual preparation for the moment of Consecration and has been handed on to us as a precious heritage of Catholic piety through the centuries.

The Consecration is the culminating point of the Mass towards which everything converges. The Church teaches that the words ‘Mystery of Faith’ in the Consecration formula are meant in the traditional sense that the bread and wine have become truly, really, substantially the Body and Blood of Jesus Christ, and that this change is brought about by the power of God only through the intermediary of a priest when he pronounces the words of Consecration. The rubrics of the old rite, reflecting the Catholic instinct towards the Real Presence, require that the priest genuflect immediately after bringing about this unique miracle.

It is because of the supremely sacred nature of this Sacrifice that it is celebrated with solemnity and devout veneration. All the words and gestures of the priest are meticulously regulated by the rubrics, which include multiple genuflections, to ensure the greatest possible reverence in worship.

The old rite omits nothing that may serve to remind us that the Sacrifice of the Mass is the Sacrifice on Calvary mystically re-enacted on the altar. Hence the many Signs of the Cross made over the Sacred Species and the orientation of the priest towards the altar of Sacrifice. The essence of the Mass is the offering of the Divine Victim to God through the intermediary of a priest acting in the person of Christ. It is a fitting and very powerful symbol of Sacrifice that all participants in the Mass face the same way, that is towards the Lord, as was the practice of the Universal Church from earliest times.